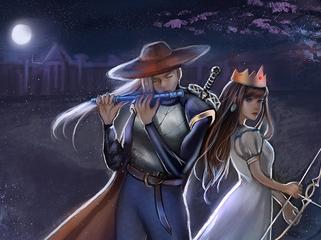 author=Starlight36
Show
I posted this on r/tipofmyjoystick, too, but I figure I may have better luck posting it in a place specifically for helping dig up old RPG Maker titles, which this game definitely at least had the look of, though I can't say with confidence whether it was actually made with any RPG Maker engine. I hope it's alright if I just copy and paste the description here. The game was from sometime in the 2000s, though I can't remember with much more specificity than that.

Estimated year of release: I actually don't know if the game got released; I think what I saw was a YouTube preview trailer for a work in progress, but I can say that that was almost certainly from the 2000s.

Graphics/art style: 16-bit pixel art; think SNES, Genesis, GBA, etc. It had a similar sort of look to the sort of rough-ish non-commercial pixel art of the time (2000s). I want to say the proportions were similar to something like Chrono Trigger or the two SNES Mana games, though the art style was noticeably different.

Notable characters: Only one (presumably-)named character I can recall; the central protagonist of the game, or at least the focal character of the trailer who was talked up as such. He had roughly shoulder-length (maybe a little shorter) red or auburn hair in a surprisingly grounded style, and a dusty brown cloak, and was going to be something of an antihero or villain protagonist according to the trailer. He started out very strong, with four-digit HP and dealing four-digit damage. I recall these numbers carrying roughly the same weight they usually do in classic Final Fantasy.

Notable gameplay mechanics: For a certain value of "notable"; I vaguely recall the preview battle showcasing ATB combat akin to Final Fantasies IV through IX, with the same sort of display as IV through VI on account of being 2D, but I'm not positive. In general, it seemed to be largely the same type of JRPG as the first nine or ten Final Fantasy titles, the Dragon Quest series, etc. A "classic third-person turn-based JRPG", I suppose.

Other details: I recall the scenes showcased in the trailer taking place in desert terrain. The main protagonist (described under "Notable Characters") was being pursued by soldiers, I think he had escaped the custody of whatever group the soldiers served? In particular, a scene where he's confronted by soldiers from that faction in a desert canyon and proceeds to wipe the floor with them sticks out in my mind. The locations on display gave me similar vibes to Final Fantasy VII: Advent Children's depiction of the wasteland surrounding Midgar/Edge, but I don't actually recall the game being said to take place in Final Fantasy VII's world. I can't say for sure if it did or didn't; I just don't recall anything that would concretely specify one way or the other, though my impression was that the setting was original. Overall, the whole thing was strongly infused with the sort of sense of "cool" you'd expect of a teen- to college-aged fan of Japanese animation and video games in the 2000s, if that makes sense. Text in the footage may not have been in English; if not, I think it would have been in one of the romance languages, but I can't recall with enough clarity to say which one.

Note that I'm recalling this from over a decade ago at this point, so a lot of it is very hazy, almost more concepts and feelings than really concrete recollections. I'm also not actually 100% confident it was a Final Fantasy fan project; it might've just been "inspired by" Final Fantasy instead. I do want to clarify that I know for a fact that it was not...
Show
It's really bugging me that I can't remember this—heck, I can't even be sure this whole thing isn't some sort of imagined memory or misremembering of a dream or something—and I don't know any keywords that would be helpful, since searching for things like "Final Fantasy fan game villain protagonist" just gets stuff like "Final Fantasy protagonists/villains ranked" articles, lists of newer fangames I'm already aware of and that aren't it, etc. Any help is appreciated!

I know that this post is months old, but I wanted to mention that this really reminds me of an RM2K game called "Power Trip".

08/18/2021 02:18 AM
Wow, great job with the ship graphics! The only thing that's throwing me is off is that those stairs are way too short to actually reach that second level, which is at least two tiles higher than the lower level. 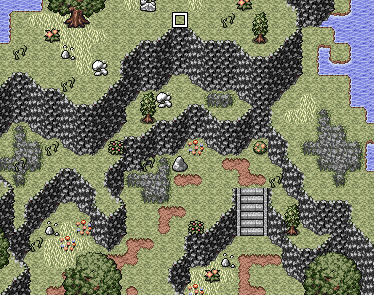 It also helps to vary the height of cliffs from time to time, if possible. When it comes to streams and rivers, you should try to make them look a little bit "random", too.

author=ivoryjones
I've tried both and it doesn't work, save points just automatically activate and makes me save or not and I can't find Adaem anywhere in my party.

Hello, ivoryjones. I may have already answered this for you on Discord, but you can change your party members by pressing the shift key.

author=Darkon31
Hello, i just wanted to know if there's something to do to get the music work, i'm french maybe my rtp doesn't work the same way as your's, and your music seem's to be amazing, so i would like to ear it, tell me if you see anything i can do, thanks...

Do you hear any sound at all when you play the game? For example, do you hear the menu sound effects?

Chronology of the Last Era

author=Dyhalto
Congratulations on winning two Misaos this year, bud!
I've been waiting for the right opportunity to play this game. I need to catch a cold so I can stay home for a couple of weeks x)