If you're ever feeling a bit too down, talk to someone. Anyone willing to listen is good enough.

11/21/2020 06:58 PM
Past 2 years has, to be frank, been quite the shitshow for me. If it were not for that one kind lady selling fruit, who insisted I sit down and talk, I don't know where I'd be. That random stranger who thought I looked too gloomy, and had some time and an ear to spare.

Please do check up on your friends, your family, your neighbours, anyone you know. Being isolated and under pressure for too long is not good for the mind.

If you are feeling this yourself, acknowledge it. Pretending it isn't an issue will only make it worse. Perhaps what I did might not work the same for you. It's not easy to leave yourself so vulnerable, and I understand that. Take it one step at a time, at your own pace, on your own terms. But try not to assume that you can do this on your own, as I did. You'll find your own fruit lady.

author=coelocanth
Think you're running into an async loading issue.
And visiting any of the other scenes means the face set is already in the image cache.

You can call bitmap.isReady() in your update function and redraw when the images have loaded.

e.g. look at what Window_Message.prototype.updateLoading does


It works properly now! Thanks a bunch! I had to add a janky extra catch there because it was continuously refreshing every tick, but otherwise, the tip about updateLoading was what fixed it.

Here's what it ended up being, for others' reference:

I have this issue where the actor's face image won't load the first time Scene_Menu is called, and I'm honestly not sure why? I repurposed Window_Status by making it pop up on Scene_Menu instead. Like so: 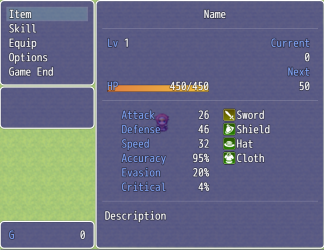 After closing the menu, then re-opening it: 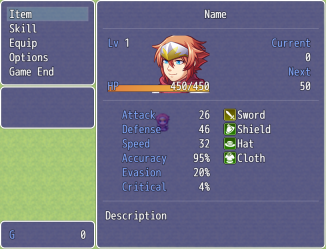 It seems that if I go to any other scene (say, to skill, item, or equip) after accessing the menu, then go back to menu, it would also load properly.

Here's the create function in Scene_Menu, which I pretty much copy-pasted from the MenuStatus one.

There's also this, which I copied from Window_MenuStatus (although idk where this function is called, since Scene_Menu doesn't seem to have a call for it).

Thanks in advance for the help!

Edit: I forgot to add a topic title.

Is there life after finishing a game?

author=Gourd_Clae
@karins Thanks!! Yeah, I probably will add an outline. I didn't realize until I posted it how much the light background messed with the bust. The tiles are placeholders at the moment but I still plan on using kinda light colors for the areas.

How is your game going? It sounded really cute!

Mm a nice, bold-ish outline would make these portraits pop, I think.

I have the core gameplay loop down, for the most part but I'm not sure if the game would be fun enough (since it's essentially a walking simulator that makes you do math), so I'm working on that for now. Haven't actually done any actual game making though; mostly just testing concepts and stuff... 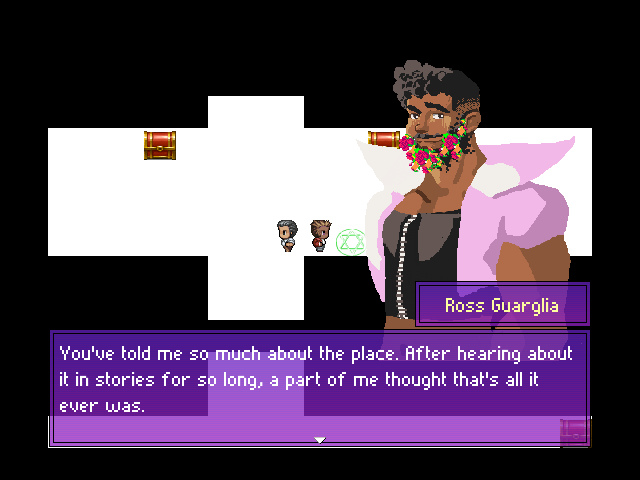 Are you going to add an outline of some sort to the busts?

author=ffrodo
never made a complete game before, but I'm definitely thinking at taking a crack at this! really like the theme :)

...even if i'm starting late

The best time to start was when the event launched. The second best time is now.

Edit: There was a glitch in the matrix