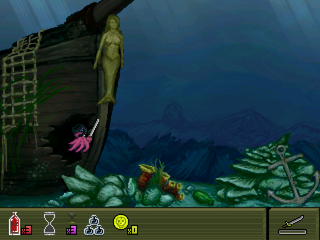 The Holy Church of Rmn

author=mawk
wait wait hold up I thought you said ramen

Have yerself an oldie Why is vanity a bad thing?

"I Based the Main Character on Myself."

The quality of the execution varies wildly, though.

(other insert would be the distant third)

11/02/2014 07:18 PM
I got it from some RMN oldies that were around when I was quite new (and aren't around much now, if at all), so it probably goes back way further. Tardis was a notable mak gam sayer. I just liked it a lot so I adopted it. I also was a big fan of the Action 52 gamepage which may have had something to do with it - with the usage being MAK GAM ERRDAY or something. I also like saying MORK GORM these days.

But yeah, I can't claim that mantle, sadly.

source: somebody who can paint.


For a long time now. I forget whether the URL requires " " or not though, sorry.

So yours would be:

Would people be interested in a "general intro to programming" tutorial?

10/08/2014 03:37 PM
Ye, very much so. Although I'd probably prefer something more pragmatic for absolute novices and less abstract high-level concept stuff with no follow-along implementation (or even better yet - a pairing of the two)