Small description: Brad, a jock, trips one day (at a party, we can only assume), accidentally plunging himself into the hallucinatory world of The Cerebral Symphony where he meets a guy called Ivan, who you might wonder is a human metaphor for repressed teenage angst. Includes elemental crystals, an evil villain trying to take over the world and a cast of oddball companions.

Special requests: The single review currently up for this game is for the DEMO and is from years ago. I'm looking for a comprehensive review of the full game. Thanks!
cutiesbae

Small description: Arold, family man and lawyer with no fame, enters in a difficult time of his life between alcholism and a falling apart marriage. His days began getting filled by drinking more and more, while his wife and their two children, Sarah and Thomas, started to get detached and cold. One night the two went missing.

Small description: An RPG about Passion, Love, and Music. (Done for the RMN Theme Roulette event)

Special requests: Just enjoy the game and feel free to give your feedback! ^_^


Name: Once Upon the Woods

Small description: A Hansel and Gretel short RPG made for the RMW One map game challenge.

Special requests: Just enjoy the game and feel free to give your feedback! ^_^
kentona

How is this not reviewed yet?
Momeka

Close
10/21/2018 07:12 PM
Name: Grimps: Squeaking of the Dead
Link: https://rpgmaker.net/games/10802/
Status: Complete
Genre: Adventure/Puzzle
Estimated length: Around an hour
Small description: Cute-ish block pushing game. You play as a penguin that have to adventure across an arctic landscape to rescue its friends from weird green creatures.
StormCrow

Close
10/22/2018 08:05 AM
Name: Road To Paradise: The Dragon
Link: https://rpgmaker.net/games/10571/
Status: Episode 1 of 7 Completed
Genre: Traditional *fantasy jRPG with a fun dungeon crawl and a character based sense of humor.
Estimated length: One hour 15 minutes (based on the formula given).
Small description: FINALLY AN RPG WHERE YOU GET TO PLAY AS THE DRAGON!!! RTP land collides with *modern day Earth and hilarity/drama/violence/intrigue ensue. Izuno, a baby dragon, is sent by his master The Time Dragon to investigate a spacial anomaly at Voidsreach Tower. Along for the ride cause in-game reasons: Teos, a Chronomancer, Kara, a Princess from Fellgard seeking aid for her people's war, and Lydia, Dark Acolyte of the Ruby Goddess Lenore. Choose at game start if Izuno is a Flame, Frost, Forest, or Sky Dragon. Izuno can shift between dragon form and human form and NPCs treat him differently based on his appearance.
Special requests: I am very shy about video reviews, especially ones with any acerbic or merely impatient comments. They can make me feel like my game is getting roasted or riffed on sometimes. I'd love if the reviewer could focus on story, mechanics, and audio over graphics. This is not a terribly visually impressive game, using lots of RTP style assets, and a good review would help it more than releasing more screenshots. I am very proud of the characters and story, and I think the gameplay is pretty cool too, although later episodes will add more features. I generally prefer starred reviews to unstarred unless unstarred is being given in place to avoid giving a savagely low score. Thank you!

Anyone who reviews this game, I will review one of your games (two hours or less), offer is open to any and all comers (like if for some reason 12 people take me up on this, I will bite the bullet and write twelve reviews). I like to think I'm a tough but fair and I've been told very thorough reviewer.
Xenomic

Name: Touhou Fantasy
Link: http://rpgmaker.net/games/3758/
Status: COMPLETE (99.99%)
Genre: Fantasy RPG
Estimated length: Anywhere between 40-70 hours
Small description: An RPG that is a homage to the old SNES styled Final Fantasy games, using the Touhou universe. Focuses heavily on the events surrounding the Pandora's Box, with girls that wear silly hats as your main characters. Everyone loves silly hats, right?
Special requests: I would love for video footage of the game, but any kind of review would be nice. I'd just like to hear what people have to say overall about the game, if there's any specific that they would like to focus on while doing this, that'd be fine. But having it focus on all aspects would help tremendously! Written is fine too of course. If there are any bugs that pop up and prevent gameplay, please notify me immediately so that I can attempt to fix them. Those are the only things that the game would be updated with. The download page has the main game files and music separately for this reason.

Maybe now that the game is actually DONE after nearly 12 years, I can get someone to give it a honest try and an up-to-date review? ^^;
grindalf

Close
12/03/2018 04:27 PM
Name: The Legend of Pan
Link: https://rpgmaker.net/games/10814/
Status: Complete
Genre: Adventure
Estimated length: less than an hour(probably less than 30 minutes)
Small description: A short adventure game made for the Twisted Fairy tale event.
Special requests: I'm just looking to get all my games reviewed and this is one on my list
volke_locke

Close
12/28/2018 02:52 AM
Name: Esoteric
Link: https://rpgmaker.net/games/7966/
Status: Abandoned (with a huge amount of content)
Genre: RPG/Experimental
Estimated length: As long as you want. Exploring everything would take ages.
Small description:
A test subject dreams while being experimented on. His dream is to recollect himself to cope with the tests.
Special requests:
1. Try some of the cheat codes (I added them just for you.) Especially use the teleporter which can take you where you can't ordinarily go or to hard to find places.
2. Whether or not you review, please leave a comment telling me about whatever weirdness catches your eye in my little world.
3. Just have fun. This is a gift to you.
lavendersiren

Close
01/02/2019 12:24 AM
Name: A Snowball's Chance
Link: https://rpgmaker.net/games/10919/
Status: Demo
Genre: Adventure
Estimated length: Half hour
Small description: Coda is a 25 year old cook attempting to be a trail guide for some tourist hikers to earn enough money to escape the island she's been stuck on since her father lost custody of her. Make choices, forage for supplies, cook dinner, and keep your clients happy.
meteomage

Close
02/09/2019 01:25 AM
Name: A Boy and His Slime
Link: https://rpgmaker.net/games/10641/.
Status: In progress/Haitus? I'm finding it really difficult to ever get back into it. Hoping some reviews or downloads will help motivate me.
Genre: Simulation RPG
Estimated length: 4-5 hours.
Small description: A Hero has to manage his time to prepare for a final battle with the DEMON LORD after a certain number of days.
DutchPowerCreations

Close
03/16/2019 04:20 PM
Name: The Lost (Demo)
Link: https://rpgmaker.net/games/10810/
Status: Searching for feedback for the demo and getting it reviewed by someone.
Genre: RPG-Fantasy-Strategy
Estimated length: 6-12 hours.
Small description: The desert tribes will have to answer the call of war when a mysterious army emerges and annihalates everyone in their path. May the Glowing Fire lighten your path.
CrawlingChaox

Close
03/20/2019 02:33 AM
Name: Theia: The Crimson Eclipse
Link: https://rpgmaker.net/games/8562/
Status: Complete
Genre: Cyber-fantasy j-RPG
Estimated length: 35-40 hours (main story 25, extras 10-15)
Small description: A futuristic fantasy set in a world made post-apocalyptic by an energetic crisis. As new energy sources emerge, an intrigue involving ancient magic and a botched ritual is bound to change the lives of Seth, former Imperial soldier. Best I can do to sum it up!

Special requests: Theia relies a fair bit on plot twists in Chapter 9 and 10. If you're going to write spoilers, please signal them! :)
aquatorrent
5461

Close
03/24/2019 08:53 AM
was just looking for a game to play from the list and found out that some have already been reviewed since the time requested: Close
04/09/2019 04:18 AM
Name: Phantom Block
Link: https://rpgmaker.net/games/8355/
Status: Complete
Genre: Puzzle Platformer
Estimated length: 2 hours
Small description: Guide Boomer through over thirty challenging levels. Use the power of the Phantom Blocks to modify the world around you - make the land intangible, gum up walls to stick to them, or even flip gravity upside down! It’s like you’re playing a level editor!
Special requests: No special requests.
Dizontinar

Close
04/09/2019 01:58 PM
Name: Journey of the damned
Link: Game
Status: Complete
Genre: Minigame
Length: Infinite
Description:
Follow the quest of Eolkion, a man who is trying to return to his homeland, from which he was exiled. On his travel, he will be attacked by the minions of the Lich King in a desert, so he will have a tough time.

In this minigame, you will have to run away from monsters who are trying to stop your way. Furthermore, you will also try to gain some chests in your path.
Special request: No special requests.

Description: A futuristic 2D top down arena game where the objective is to either bash the opponent out of the arena or reduce their HP with weapons.
Special request: None
Racheal 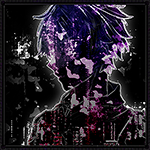 Close
12/02/2019 12:57 AM
edit: my game has already been reviewed ^^!
https://rpgmaker.net/games/11151/reviews/6864/
---------------------------
Name: Around me, crimson-stained leaves.
Link: https://rpgmaker.net/games/11151/
Status: Completed.
Genre: Horror/mystery.
Estimated length: 1 hour.
Small description: It is a short game that mixes point&click, exploration and suspense elements. Five teenagers visit "Crimson Leaves", described by urban legends as an abandoned town stained by a tragic past, but soon, violent feelings and intrusive thoughts start to grow in their minds, and a murder takes place, putting the lives of everyone at risk.
Special requests: N/A
Pages: first prev 4567891011121314 next last
Forums :: What's Happening in Game Make & RMN
Back to Top