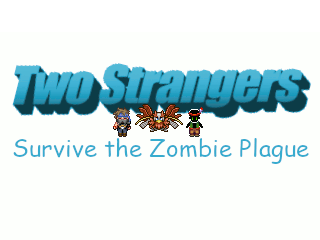 These strangers just can't get a break from wacky space adventures.

10/03/2021 07:59 AM
You really gotta give it up for YDS for making a shitpost humour game in one day and still somehow making one of the coolest maps I have seen in an rpg maker game. Seriously my biggest refmap inspiration.

author=Ulevo
I am currently planning to develop an EarthBound-style game, but it may not fit the theme this time.

To quote the event page;

author=Evént Pajeh
Given that it's a halloween event making a horror game is encouraged but not an obligation. You can very well use the prompt to make a dark love story perhaps? Or a comedy horror kind of thing, it's up to you.

Games that "need" a film adaptation

09/12/2021 11:21 PM
I can see space funeral translating well into film visually but it would probably have to be animated. Ofcourse, with animated films being some of my favorites, I can 100% get behind this.

No idea what one could do for it plot wise, though. I've never played it. I agree with Cap, though. Why adapt a film when a creator can make something new that was specifically made for that medium? Rather than a space funeral film I'd just love to see a Catemites film.


Sorry, that sounds like nonsense out of context, it's a reference lol

08/15/2021 03:19 PM
As someone working on a christmas card fangame, I absolutely agree that YDS makes amazing use of refmap and weird humour. I agree that these games are historically really interesting too, a look at members who have since left the community, moved on to other things or occasionally someone you'll recognize, it's a really nice little monument if that makes sense.